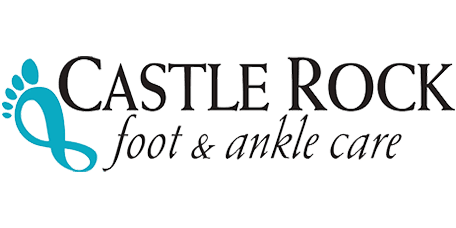 Arthritis in the foot and ankle can cause problems with walking or putting any pressure on these joints. They can also become stiff as this chronic condition becomes worse. At Castle Rock Foot & Ankle Care, Dr. Jessica Herzog, Dr. Scott Carrington, and Dr. Paul Stone offer treatment options that relieve pain, stiffness, and other symptoms of arthritis.

Arthritis is a chronic condition that occurs as cartilage wears away with age, known as osteoarthritis, or when the immune system attacks the joints, which is known as rheumatoid arthritis. Arthritis can affect any joints in the body, but when it affects the feet and ankle joints, this can interfere with daily activities and make it difficult to move around.

What are the Signs of Arthritis in the Feet and Ankles?

The symptoms of arthritis in the feet and ankles include pain and stiffness in the affected joints. Other symptoms include swelling and redness in the affected joints, as well as trouble bending or moving these joints. Arthritis symptoms can flare up at certain times, such as in the morning or after sitting for long periods of time. Some individuals have a persistent ache with arthritis, while others have pain that comes and goes. Those who have signs of arthritis in the feet and ankles should seek medical care to prevent complications, such as deformities.

Osteoarthritis develops over several years as cartilage in the joints wears away. This causes the bones in the joint to rub together painfully, which leads to a loss of flexibility and increased pain. Rheumatoid arthritis develops when the immune system mistakenly attacks healthy joint linings, which can cause bone and cartilage to wear away. Risk factors for arthritis include having a family history of this condition, being obese, having joint injuries, and getting older.

How is Arthritis Diagnosed?

Diagnosing arthritis involves running tests to rule out other potential causes of an individual’s symptoms. These tests include blood and urine tests, as well as joint fluid tests. Imaging tests, such as X-rays and computerized tomography scans can show signs of joint damage caused by arthritis.

How is Arthritis Treated?

Treatment options for arthritis involve easing symptoms and restoring normal joint function as much as possible. These include medications, such as nonsteroidal anti-inflammatory drugs, corticosteroids, and analgesics. Other treatment options include physical therapy to improve joint flexibility and surgery to repair, fuse, or replace affected joints in the feet and ankles. Joint replacement involves removing damaged cartilage and bone and inserting an artificial joint. Fusion involves joining two bones into one, while joint repair involves realigning the affected joint.

Major Insurance Providers Accepted. Here is a short list of them. Please contact the office if you do not see your provider listed.

Words from our patients